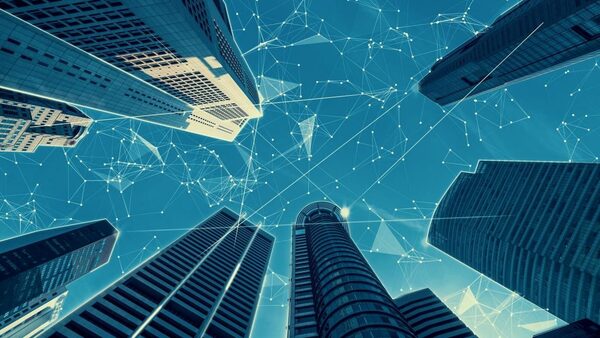 What are the Features that Make a City Smart?

What are the Features that Make a City Smart?

Although the concept of urbanism dates back to ancient times, today's changing living conditions have made people expect much more from cities. The process, which started with the acceleration of urbanization by the industrial revolution that took place about 300 years ago, continues without slowing down even today with the acceleration of the population growth rate. The rapid rise of the population has created many problems in certain areas such as administration, transportation and security in cities. In order to eliminate the problems, it has become necessary to make plans not only for today but also for the future.

Smart cities have emerged as a result of developments made to increase the quality of life in cities and to make people's lives easier and more comfortable. A smart city contains advanced vital technologies to support a modern and functional life as well as offering a sustainable future.

Smart city applications should be directed towards nature as well as humans. City and nature cannot be separated from each other. Many needs of cities are met through natural resources. The concept of sustainability, which is the most important feature of smart cities, has been developed as a result of environmental problems due to rapid population growth and unconscious use and consumption of natural resources.

While meeting the needs of today's people, we should build cities where continuity can be ensured so that future generations do not experience problems due to the same needs. From this point of view, it would be wrong to think of a smart city as a city surrounded only by technology and smart applications. Smart cities are cities that take care of nature and the future.

Of course, what makes a city smart isn't just about being sustainable. When the question of what is a smart city is asked, the answer to be given must include the following features that define the smart city: Energy and water sufficient for the entire city, e-municipality services that are suitable for the present and meeting the needs of people, an effective solid waste management system, a smoothly functioning public transportation system and the mobile system that supports public transportation, an uninterrupted communication infrastructure, a planned environmental management system and an emergency system that will provide a successful response in emergencies.

Elements That Make up the Smart City

According to the Smart Cities Circle developed by Boyd Cohen, who has done important work in the field of smart city applications, there are six elements that make up the smart city;

It creates intelligent management of data, infrastructure and web services.

It includes services that include culture, especially health and safety.

This element of the smart city also includes education, creativity and inclusive society.

Urban planning, management and operations are essential for a city's long-term development. In the case of smart cities, it should not be forgotten that digitalization is also a key concept. In order for cities to continue their development, they need to be fed with technology and these technologies should be included in city planning, taking into account the structure of the city.

The smooth life of smart cities depends on the functionality of infrastructure and services. The perfection of this functionality can be possible with coordination, communication and integration. In order to make this possible, it is necessary to master new data formats and analysis methods, and to use new software and management styles effectively to ensure the integration of independent components.

How Will Data Privacy Be Provided in Smart Cities?

The innovations brought by technology also bring new problems such as data privacy. Access to data is very easy, just as it is easy to access many things today. This is an important problem for governments aiming to make cities smart by developing them. City administrators began to look for ways not to interfere with citizens' privacy in order to solve environmental and social problems.

This pursuit gave birth to “smart city policies” by combining technology and city planning. The aim is to integrate technology and data into the fabric of society in order to improve the lives of people living in the city. Thus, both the efficiency obtained from the use of resources will be maximized and a long-term development will be achieved. Considering the complexity of the information collection process, it is inevitable to create a system integrated with smart city management for data collection, verification, storage and management of data flow from different sources.

It is the most important duty of local governments to provide more services that increases the living standards of people in cities and to provide the necessary software, hardware and data solutions that will maintain the continuity of the technologies that make up the smart city. Increasing the quality of life in the city, increasing the brand value of the city and improving people's living standards are the most important goals of smart cities. Today, there are smart city studies that are being implemented for many cities in different countries of the world or are in the preparation phase. Smart cities can be built as a new city from scratch or to make the already established order smart.

The Spanish city of Barcelona can be given as an example for the perfect integration of technological systems into cities. The adventure of Barcelona's transformation into a smart city goes back to 1980. It started with fiber lines laid between municipalities in those years and has continued until today without slowing down. Smart city investments play a major role in Barcelona's branding in tourism.

There are countless applications that can be thought of to improve the quality of service for smart cities that derive their smartness from the technology they use. The common purpose of these applications, which cover everything from transportation systems to garbage collection and even street lamps, is to relieve people's life in the city.

For example, one of the biggest problems in cities is traffic. The use of smart technologies is very helpful in reducing the traffic problem. Intelligent traffic light systems, which are activated during peak hours of traffic for employees and students, are extremely successful in solving traffic jams. With the use of an artificial intelligence-based system in Hangzhou, China, traffic congestion has been reduced by 15 percent.

Cities can be made safer by integrating devices with IoT technology into city life, and a cleaner and more sustainable environment can be achieved through the use of recycling and smart air filters.

The use of all these technologies by citizens should also be encouraged and feedback should be received from them for the improvement of the systems. The fact that the problems in the city can be detected easily and quickly will also accelerate the solution of the problems and the system becomes more efficient. The development of smart city concept with local governments and people understanding the importance of this topic will help everyone to live in peace and transfer natural resources to future generations.

It is a known and unavoidable fact that the population of cities is increasing day by day. This reality presents cities with economic, social and environmental challenges. Switching to smart city applications offers many solutions to overcome these difficulties and transforms cities into a safer and more comfortable place to live.

Your form has been successfully submitted.
Our team will reach you as soon as possible.
Ok

Your ticket has been successfully purchased and you will receive an email shortly.
Ok