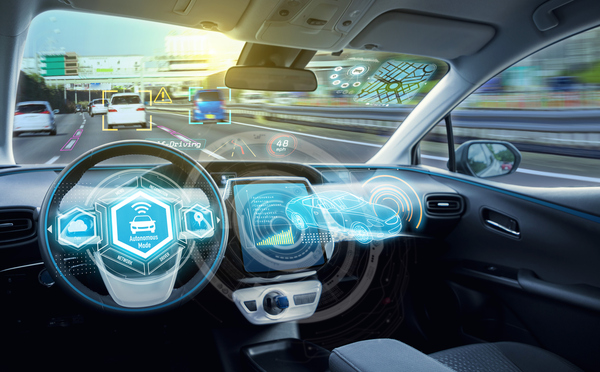 How Will the Communication Between Autonomous Vehicles and Pedestrians Be?

Until now, communication between standard vehicles and pedestrians was based on mutual signals such as driver and pedestrian hand signals, eye contact, body movements, and body language. Sometimes we are not even aware of these movements because they have become habits and become commonplace. For example, while crossing the street as a pedestrian, we make eye contact with the driver in the vehicle and quickly reach an agreement about who will take what action. But when the days come when we will encounter autonomous vehicles that are autonomous, it seems that we will establish communication directly with the vehicle.

While drivers can understand whether a pedestrian will cross the road when they see it, it is not possible for an autonomous vehicle to make such inferences. Likewise, pedestrians cannot predict what the autonomous vehicle will do when they are about to cross, for example where it will stop and give way or continue on its way, because they cannot communicate. Due to this miscommunication, pedestrians cannot be sure of whether the vehicle notices them or not and the next move, even if they want to make a move by using information such as the approach angle and speed, position of the vehicle during decision making.

Accidents may occur as these unexpected and unpredictable movements will also pose a safety problem. There are some scenarios to eliminate the possibility of accidents and to provide two-way communication between autonomous vehicles and pedestrians. Especially in order to eliminate the uncertainty on the pedestrian side, the communication of vehicles by giving an audible and visual warning is one of the most likely scenarios. Developing artificial intelligence applications that will allow autonomous vehicles to interpret the body movements of pedestrians is also among the options.

The development of such an artificial intelligence application is, of course, a difficult process. It is quite complicated to develop a common model from different human behaviors and to use different body languages ​​for communication in each society.

With the rapid developments in technology, it is expected that communication methods between pedestrians and autonomous vehicles will become healthy in the near future. In addition, traffic regulations and infrastructures in cities will be developed in models that minimize the communication of pedestrians and vehicles. In this way, autonomous vehicles will be able to drive without causing any anxiety in traffic.

Autonomous Vehicles That Can Communicate With LED Lights

Virginia Tech Institute researchers, who study how pedestrians, autonomous vehicles, drivers of other vehicles and cyclists interact in traffic, have developed an alternative method for communication, which we are not familiar with.

Ways of communication such as eye contact, body language, and hand signals that currently work adequately will become almost useless as autonomous vehicles travel more in traffic. Therefore, the need for a new method that should replace these forms of communication arises. As a result of the research, it was thought that this new method would be an illuminated visual communication mechanism as they thought it to be the most efficient.

All vehicles used today already make visual communication with lights when they turn left and right or when they are going to stop to warn other vehicles and springs in traffic. It is also known that this communication method has been used and accepted for a long time.

Inspired by this, LED lights are placed on the windshield of a vehicle. In this way, both pedestrians and other vehicle drivers are warned about whether the vehicle will stop and give way or whether the autonomous driving mode is active.

The researchers who carried out the study covered the driver's seat of the vehicle they used with a special cover. Thanks to this cover used, it does not appear that there is a driver driving the vehicle when viewed from the outside. In this way, they enabled the vehicle to have the appearance of a fully autonomous vehicle in order to observe the reaction of the pedestrians. In order to record the reactions of the pedestrians, the surroundings of the vehicle are equipped with cameras and a 360-degree view angle is captured.

In order to obtain the evaluated results, data was collected by traveling 3000 kilometers in the city. When we look at the results, we can see that a standard communication method that can be used all over the world can be developed by adapting a method we are already familiar with to autonomous vehicles.

Autonomous Vehicles That Can Respond to Police Commands

We may encounter unexpected situations in traffic, even if it is not wanted. Traffic doesn't always flow as it should. In such cases, even we do not know what to do or how to behave, but it is a matter of curiosity what self-driving vehicles will do when they encounter such a situation. While it is quite normal for an autonomous vehicle to stop when the traffic lights are red, it is not known what it will do when the traffic lights are not working, and how it will react when the traffic is controlled by the police.

Waymo, a subsidiary of Google, which develops autonomous driving technologies, has tested whether autonomous vehicles can continue on their way without any problems even in unexpected situations in traffic with one of their vehicles. The vehicle, which saw an intersection where the traffic lights were not working, stopped and, thanks to its software, perceived the commands of the police and waited without moving until the police told it to continue. The fact that it can act like this even without a driver, thanks to its technology, reveals that autonomous vehicles can travel much more safely on the roads with the developing technology.

Autonomous Vehicles That Can Predict the Next Movement of Pedestrians

The starting point of the work, of course, is safety. There can be many pedestrians distracted in traffic. Therefore, autonomous vehicles should not only control other vehicles but also pedestrians, especially distracted springs. Data such as the posture of pedestrians and the direction they are looking can give an idea about their attention and even make it possible to predict their next movements.

Within the scope of the study, the monitored movements of the pedestrians were transferred to the simulation and artificial neural network models were used. Neural network models, in their most basic form, mimic the functioning of the human nervous system. Thus, the subjects that the machines will have difficulty in learning and modeling can be made easier in the computer environment.

During the work with the artificial neural network model, images of a few seconds duration were used for both learning and perception phases. The model monitors one part of the image and predicts pedestrian movement for the next part. Then he watches the rest of the image and learns how accurate his prediction was. In this way, the position of the pedestrian after 1 second can be determined with an accuracy of 10 centimeters, and the position of the pedestrian after 6 seconds with an accuracy of 80 centimeters.

Developments in autonomous vehicle technology show that in the near future, we will not have too many question marks about relying on self-driving vehicles.

Your form has been successfully submitted.
Our team will reach you as soon as possible.
Ok

Your ticket has been successfully purchased and you will receive an email shortly.
Ok